The Reality of Bendis Writing Blackness

I’d also like to add (on top of the shitstorm that’s Miles Morales’s surprise!colorblindness) is that every time Bendis writes Miles reminding people he’s Afro Latino, he says “Hispanic”.

Let me tell you right now, no Latinx person describes themselves as “Hispanic”. We say we’re Mexican, Salvadorian, Nicaraguan, Puerto Rican (in Miles’s case); if not specifying, we’ll say Latinx. People from Spain don’t even call themselves “Hispanic” because what does that even say? You speak Spanish? You are part of the demographic nobody wants to count?

Being Puerto Rican in New York (New fucking York, like are you shitting me?) without any acknowledgement of what that means, how it reflects on who he is, on where he grew up, on *anything* is ignorant at best.

There’s nothing wrong with having him struggle with his identity (too Black? too Puerto Rican? too Afro-Latino? how do all those intersect? how do you identify with conscience when someone/thing makes you choose one?), that’s fine. That’s what mixed race people do all the time. But ain’t no one goes around calling themselves census identifications. 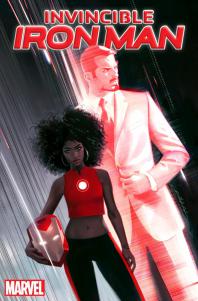 In theory, I know I should be happy that we’re getting more diversity in the form of Riri Williams,  a young black woman/girl taking over the role of Iron Man from Tony Stark.

I’m getting sick and tired of these companies swearing up and down that they really want to promote diversity before putting yet another white male writer on a book with a character of color as the focus. (You know… instead of finding writers of color — especially Black female writers — to handle the character.)

I’m especially vexed that the man behind this is Mr. Brian Michael “My Spider-Man doesn’t see what so important about him being Black in a world that loves Blackness but hates Black people” Bendis.

Writer, Reader, Critic, Bear.
View all posts by Fleet Sparrow →
This entry was posted in Uncategorized. Bookmark the permalink.

2 Responses to The Reality of Bendis Writing Blackness